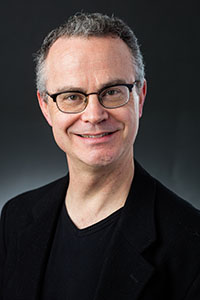 Dr. Timothy Smith brings a wide range of experience to the concert stage.  A native of Rugby, ND, he began his piano studies at age 5, matriculating in 1989 from St. Olaf College with a Bachelor of Music degree, summa cum laude.  He continued his study at Indiana University-Bloomington where he completed a doctoral degree in piano in 1998.  He is currently Professor of Music at Arkansas Tech University and is a former faculty member at Luther College as well as Lutheran Summer Music and Blue Lake Fine Arts Camp.  His major teachers have included Luba Edlina, A. DeWayne Wee, Walter Hartman, and Rostislav Dubinsky.

In addition to solo work, he has collaborated with hundreds of musicians throughout his career, finely tuning his abilities as a sensitive and skilled accompanist and chamber musician.  He has been the official pianist for the D'Angelo Competition in Strings at Mercyhurst College. He has recorded a CD, Collage, with trombonist Will Kimball on the Tantara label as well as the Suzuki cello repertoire with renowned cellist Tsuyoshi Tsutsumi.

In 2011 he was awarded Arkansas Tech’s Faculty Award of Excellence for Scholarship/Creative Activity as well as the Arkansas State Music Teachers Association’s (ASMTA) Teacher of the Year Award.  Within the state of Arkansas, he is active in ASMTA and the Russellville Music Club.  He frequently lectures and performs for these organizations, and he is in demand as an adjudicator throughout the region.  Smith's interests also extend into the theatre where he has had leading roles in both amateur and professional venues.  In 2010, he collaborated with a fellow ATU faculty member on an original musical, A Taste of Buffalo.  He is currently listed in the roster for Arkansas Arts on Tour, performing the role of Cosme McMoon opposite Christine Donahue’s Florence Foster Jenkins in Stephen Temperley’s play Souvenir: A Fatasia on the Life of Florence Foster Jenkins. He spent five weeks during the summer of 2017 performing Ken Ludwig’s The Fox on the Fairway at the Highlands Playhouse in North Carolina.  He lives in Russellville, Arkansas with his wife, cellist Kristin Smith and son, Noah.