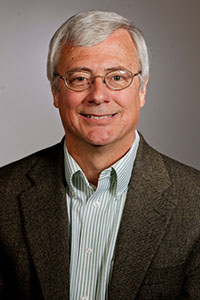 Philip Parker is Professor of Music at Arkansas Tech University where he teaches percussion, music theory and composition.  As a composer, Mr. Parker has been widely commissioned and has published numerous compositions for a variety of media. His music has been performed throughout North and South America, Europe and Asia with over a dozen commercial recordings.

Awards for his music include two winning compositions in the National Flute Association’s international New Music Competition, 2nd prize in the College Orchestra Directors Association international contest, and recipient of a chamber music commission from the National Symphony Orchestra as part of its American Residency program.

Additional awards include Honorable Mention for MTNA Distinguished Composer 2013, an Arkansas Arts Council Fellowship, Composer-in Residence with the Fort Smith Symphony and two-time recipient of Arkansas Tech University’s Excellence in Scholarship Award.
As a percussionist, Mr. Parker was timpanist with the Ft. Smith Symphony for 27 years.  He also was a member of the Wichita Symphony for 3 years and has performed with the Arkansas Symphony, Pine Bluff Symphony, the River Valley Jazz Reunion and as soloist with the Arkansas Tech Band (Basta Marimba Concerto).  He has given numerous performances as a percussion clinician as well as mini-residencies as a composer.  His wife, Kim, is a music teacher in the public schools and they have 3 children and 3 grandchildren
EXTERNAL LINK DISCLAIMERFaculty Website
Jump to top section