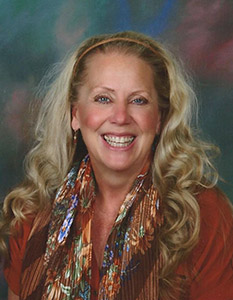 Patricia Oeste was born in Minnesota and raised in Chicago, Illinois.  She received two undergraduate degrees with high honors from the University of Illinois and then pursued a professional performing career singing under such conductors as Leonard Bernstein (New York Philharmonic Orchestra) and many others.  She sang in opera houses throughout Europe, appearing in over 1,000 operatic and symphonic performances.  Returning to Chicago, she received a Masters of Music degree from Northwestern University.  Patty was hired by Conway Public Schools and pursued her National Board Certification in 2002 becoming the first teacher in Conway to obtain this distinction.  For ten years, in conjunction with the University of Central Arkansas, she ran the National Board Support site for teachers pursuing certification.  She was one of five teachers in the United States to win a Create a Dream Grant of $5,000 to create and produce a children’s opera. She was named a Yale Distinguished Music Educator and was the recipient of the Kennedy Center Teacher Fellowship, working on several artistic projects in coordination with the Kennedy Center in Washington D.C. She is a Past President of the Arkansas Music Educators’ Association and was named to the Arkansas Music Educator’s Hall of Fame in 2014.  In 2017 she became an official Arkansas A+ Fellow. Along with being on the Arkansas Arts Council Artist in Education Roster she is now teaching as a Visiting Lecturer at Arkansas Tech in Russellville.