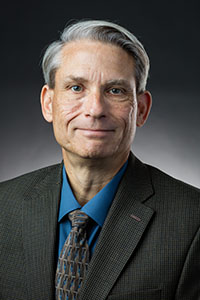 Head and Professor of Music

Dr. Jeff Bright is head of the Department of Music and Professor of Music at Arkansas Tech University.  Prior to his appointment at ATU, Dr. Bright served on the faculties of Western Kentucky University in Bowling Green, Kentucky as well as Northeastern State University in Tahlequah, Oklahoma.  Dr. Bright’s primary duties while at WKU included directing all athletic bands as well as the Symphonic Band, coordinating the graduate music program as well as teaching graduate and undergraduate courses in music education.  Prior to his appointment at WKU, Dr. Bright held the Director of Bands position at Northeastern State University in Tahlequah, Oklahoma, where he was responsible for all band activities as well as teaching low brass applied lessons.  His experience spans thirty-one years of teaching music at the secondary and postsecondary levels.  High school ensembles under his direction consistently received superior ratings and best in class awards.  Dr. Bright has been recognized for his teaching excellence by the Kentucky Music Educators, being chosen as the Third District College/University teacher of the year in 2010 and also by his WKU colleagues who selected him to receive the Potter College of Arts and Letters Teaching Excellence Award for the 2012-2013 school year.

Dr. Bright’s creative activities have led to presentations at both national and state National Association for Music Education conventions as well as at College Band Director’s National Association athletic band symposiums.  In addition, he is a regular contributor to the Teaching Music Through Performance in Band series and has published music education research in Contributions to Music Education.  Dr. Bright continues to maintain an active schedule as an adjudicator and clinician in the United States and abroad.