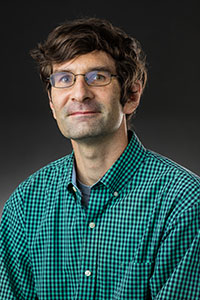 Dr. Toner has been with Tech since 2013. His specialization is American government, public administration, and public law. He is also in charge of Tech’s growing Pre-Law Program. He currently serves on the Faculty Senate. He has served on Tech’s Institutional Scholarship Appeals Committee, and on the department’s scholarship and assessment committees. Outside the university, he served as Public Administration Chair for the Arkansas Political Science Association from 2016-2017.

“The Limits of Morality: Policy Learning and the Diffusion of Eugenic Sterilization Policies Across the United States” with Joshua L. Mitchell scheduled to be published by Midsouth Political Review in 2019

“Exploring the Foundations of US State-Level Anti-Sharia Initiatives” with Joshua L. Mitchell, Politics and Religion 9:4 (December 2016): 720-743