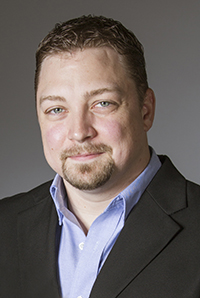 Dr. Ulsperger obtained his B.S. from the University of Central Arkansas in 1997 as an H.L. Minton Scholar. He earned his M.A. in Sociology from Arkansas State University in 1999. That same year, he received the Student Award of Excellence from the Southwest Society on Aging. He completed his Ph.D. in Sociology at Oklahoma State University in 2003 with concentrations in Crime/Deviance, Social Psychology, and Gerontology. While there, he won the O.D. Duncan Award. He holds ATU Faculty of Excellence Awards in both teaching and scholarship. Sociological Spectrum recognized one of his manuscripts as "Article of the Year." In addition to co-authoring Elder Care Catastrophe: Rituals of Abuse in Nursing Homes (Routledge, 2016) and editing several oral history projects, he is the primary author of over 60 journal articles, book chapters, and encyclopedia entries. Dr. Ulsperger has presented his research over 50 times at a variety of regional, national, and international conferences. The International Organization of Social Sciences and Behavioral Research awarded one of his co-authored manuscripts on stalking and victimization "Best Paper." He recently finished a term as the President of the Mid-South Sociological Association and is currently a regional representative for Alpha Kappa Delta, the international sociology honor society. He serves as a faculty sponsor for the AKD - Eta Chapter, which won "Community Service Project of the Year." He is also the sponsor for the ATU Alpha Phi Sigma Criminal Justice Honor Society. Dr. Ulsperger and his students actively engage with nonprofit and government agencies, with recent projects involving the Arkansas State Supreme Court and Pope County Juvenile Court.

Dr. Ulsperger's research revolves around Structural Ritualization Theory. He is currently using SRT to study organizational deviance as related to technological disasters and survivor grief. He also studies law formation processes. Several of his studies use SRT to analyze criminal behavior in a variety of environments, such as corporations and long-term care facilities. Some of his work focuses on ritualized strain and its relation to mass homicide. A well-known former member of the FBI's Behavioral Analysis Unit recently described it as an "interesting and unique perspective" on crime.