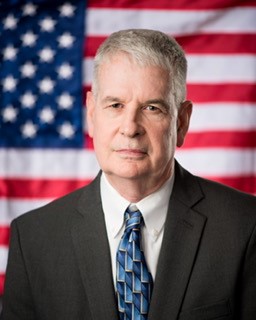 Bill Speer received his commission upon graduation from Arkansas Tech University in 1972. He served as an infantry officer for four years before transitioning to Military Intelligence Branch.

His field grade assignments included a tour with the 3rd Armored Division where he served as the S-3 of the 533rd Military Intelligence Battalion and the Operations Officer on the Division G-2 staff. He also served on the staff of the Directorate of Combat Development at the U.S. Army Intelligence Center and School, and as a member of the Commanders Planning Group at Headquarters, U.S. Army Training and Doctrine Command.

He served on the Army G-2 staff as the Director of Foreign Intelligence and concurrently served for a portion of time as the Deputy G-2. He served as one of four handpicked strategists assigned to support the 34th Chief of Staff, Army. Upon retirement from active duty in the fall of 2000, he returned to the Army G-2 to serve as an Army civilian in a Senior Executive-equivalent position as the Technical Advisor for Analysis and Production.

Colonel Speer's decorations and awards include: