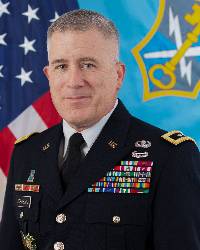 MG Johnston received his commission from Arkansas Tech University in 1987.

His Joint and Combined assignments include:

MG Johnston’s awards and decorations include: