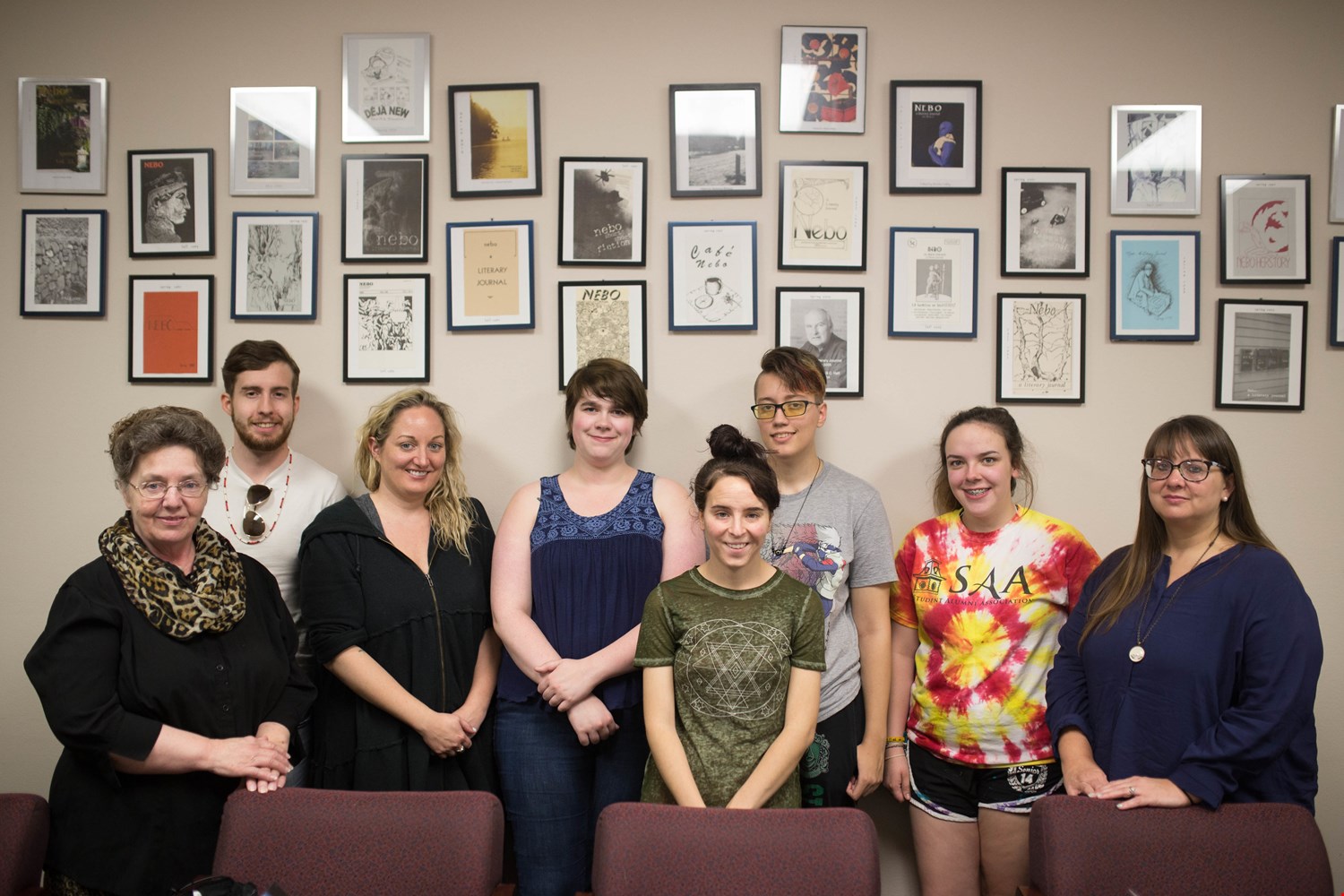 Nebo: A Literary Journal , began publication as the Five Cent Cigar in 1971 and took its current name during the 1982-1983 academic year. Nebo routinely publishes Arkansas Tech students and unpublished writers along side nationally known writers. The journal, which is edited and staffed entirely by students at Arkansas Tech has won awards at the Arkansas College Media Awards for poetry, fiction, and art. Nebo is published twice yearly, in the spring and fall semesters, and accepts submissions of poetry and short prose fiction between August 15 and January 31 of each year. Subscriptions are $10 per year.

Arkansas Tech students who want to be part of the Nebo staff can enroll in ENGL 2881 Practicum--Literary Journal Publication. For more information, contact the Nebo advisor, Dr. Tori Sharpe, or the department head, Dr. Emily Hoffman.