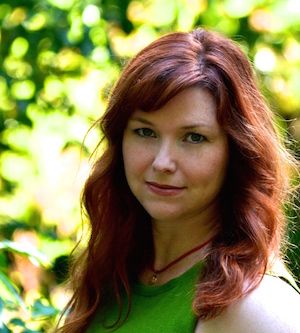 On Tuesday, April 14, 2015, Angea Mitchell will read from her work at 6:30 p.m. in Witherspoon 126.
Angela Mitchells short stories have appeared inColorado Review;New South;Arkansas Review: A Journal of Delta Studies; andMidwestern Gothic. She was the 2009 winner ofColorado ReviewsNelligan Prize, and her work has also been named runner up in the Maureen Egan Writers Exchange Contest (sponsored byPoets & Writers Magazine) and the annual fiction contest sponsored byNew South. She holds an MFA in Creative Writing from the University of Missouri-St. Louis, as well as degrees from the University of New Orleans and the University of Arkansas. An eighth generation native of southern Missouri, she now lives in St. Louis with her husband and sons. In addition to writing, she owns and operates a small beef cattle farm on her family land.
Jump to top section