On Thursday, April 11, 2013, Steve Gehrke read at Tech. He has published three books, most recently Michelangelos Seizure, which was selected for the National Poetry Series and published by University ofIllinois Press in 2007. Hisother ooks are The Pyramids of Malpighi (Anhinga, 2004), selected for the Philip Levine Prize, and The Resurrection Machine (BkMk, 2000), winner of the John Ciardi Prize. Other prizes include an NEA Grant and a Pushcart Prize. Poems from his new manuscript, Prologue, Epilogue, have appeared or are forthcoming at AGNI, Poetry, Shenandoah, VQR and many others. He teaches at the University of Nevada-Reno. 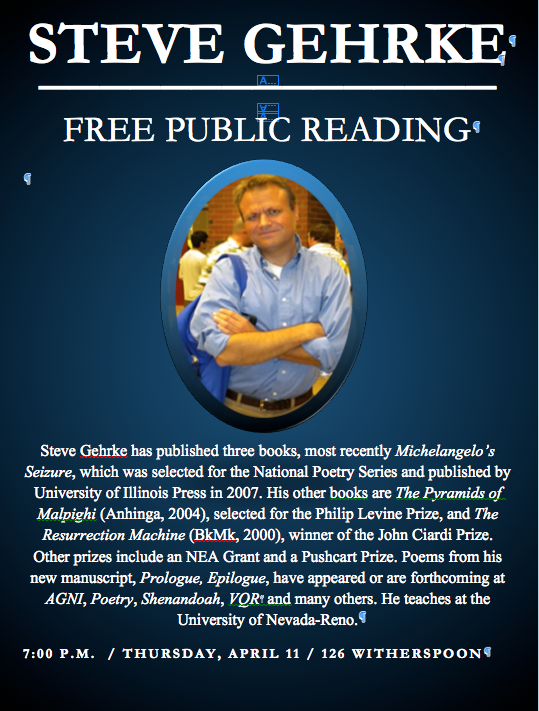 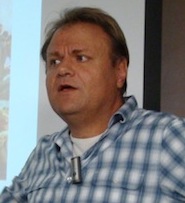