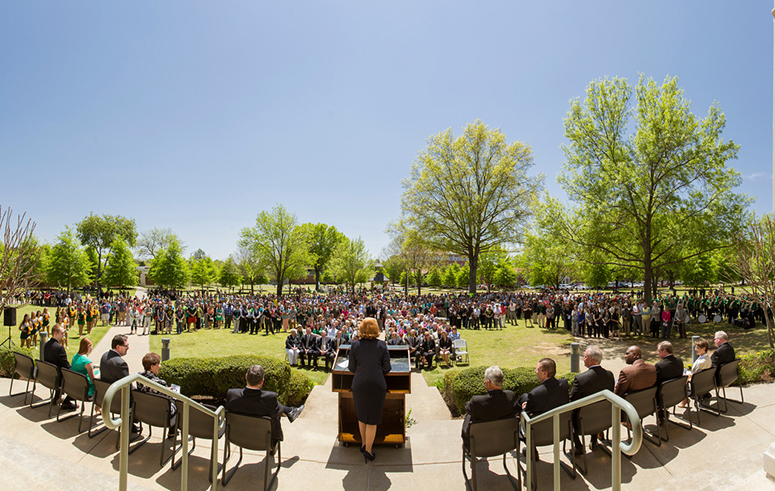 Dr. Robin E. Bowen was unanimously elected the 12th president of Arkansas Tech University by the Arkansas Tech Board of Trustees on April 22, 2014. She took office on July 1, 2014.

As is obvious from her volunteer work, Dr. Bowen is passionate about advancing education, at all levels, and enhancing economic development in the great state of Arkansas. She received her Doctor of Education degree with an emphasis in higher education administration from Texas Tech University. She also holds a Master of Education degree in rehabilitation counseling from the University of Arkansas and a Bachelor of Science degree in occupational therapy from the University of Kansas.

Dr. Bowen and her husband, Doug, are parents of three children: son, Brock; and daughters, Alexa and Brynn.