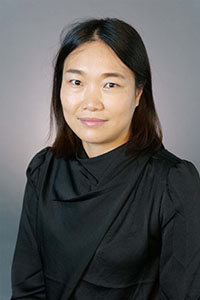 Dr. Mi-Jin Kim was born in Incheon, Republic of Korea. She started her first piano lessons at the age of six. Her significant talent received recognition and awards from numerous competitions in major musical venues in Korea, Bulgaria, and the United States. She received the Gold Medal at the Joong-Ahng Music Newspaper Competition (Korea, 1998), the Silver Medal at the Incheon City Piano Competition (Korea, 1999), the Bronze Medal at the International Piano Workshop Competition (Bulgaria, 2010), and a prize winner of the Solo Division at the International Bicentennial Liszt Competition (Los Angeles, 2010). Dr. Kim has appeared as soloist with the Sejong University Symphony Orchestra, Good Classic Music Festival Orchestra in Korea, and with the Philharmonica Bulgarica in Bulgaria. In 2015, Dr. Kim was invited to perform at the 2015 American Liszt Society Festival "Liszt and Dammnation", held at the University of North Texas.

Dr. Kim is also an active collaborative pianist and coach. As a collaborator she performed at Opera Theatre and Music Festival of Lucca, at Centro Studi Carlo della Giacoma Master Class for Clarinet and Piano in Italy, at the Tarrant County College, Oklahoma State University, University of Texas at Arlington, and University of North Texas. Her collaborative performances have also been live-broadcasted by the WRR 101.1 "Classic Cafe" at the Meyerson Symphony Center in Dallas. More recently, during the summer of 2021, Dr. Kim has performed and coached at Opera in the Ozarks at Inspiration Point.

Dr. Kim holds a double master's degree in piano performance and collaborative piano from Michigan State University, and the doctor of musical arts degree in piano performance from the University of North Texas. Her solo piano studies were under the tutelage of Erica Ohm, Deborah Moriarty, and Joseph Banowetz, and her collaborative piano studies were with Marie-France Lefebvre, Elvia Puccinelli, Steven Harlos, and Stephen Dubberly.
EXTERNAL LINK DISCLAIMER
Jump to top section