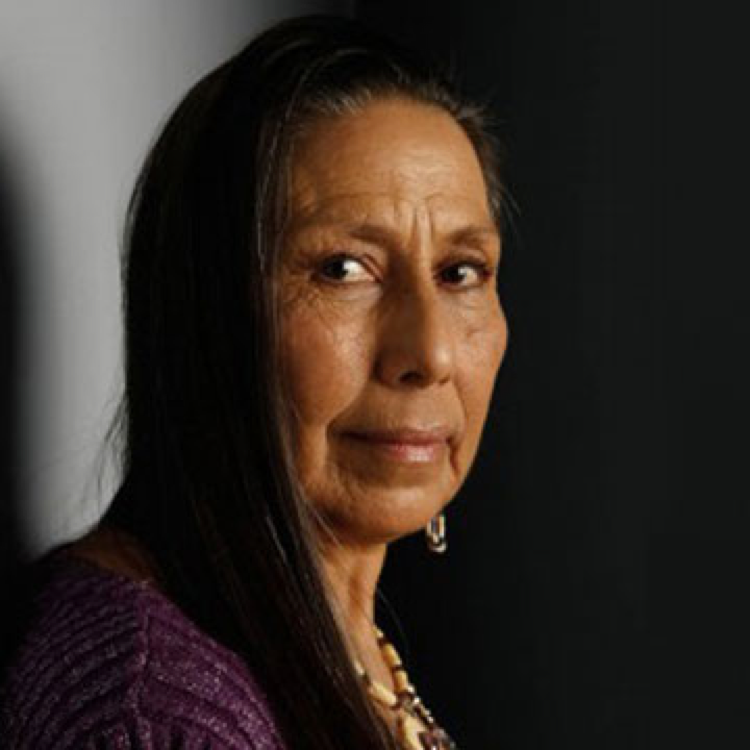 Casey Camp-Horinek (Ponca) is a long-time Native rights activist, environmentalist and actress. As traditional Drumkeeper for the Ponca Pa-tha-ta, Woman’s Scalp Dance Society, Camp-Horinek helps maintain the cultural identity of the Ponca Nation of Oklahoma for herself, her family and her community. She has been at the forefront of grassroots community efforts to educate and empower both Native and non-Native community members on environmental and civil rights issues. In April of 2008 Camp-Horinek, as a delegate of the Indigenous Environmental Network (IEN), was chosen to speak to the United Nations Permanent Forum on indigenous Issues and present IEN’s global platform regarding the environment and Native rights.

She plays the role of Irene in Barking Water (d. Sterlin Harjo), which in 2009 premiered at the Sundance Film Festival and was selected for New Directors/New Films festival in New York. Her love for acting began in the early 1980’s when she was worked with the American Indian Theatre Company of Tulsa, whose members have gone on to achieve great success in Hollywood and beyond. Camp-Horinek has served as a mentor and advisor for aspiring Native American filmmakers, actors and actresses in many venues, including the Sundance Film Institute and local summer programs.