Please use this webpage to help you find Emergency Management related databases and other relevant information for your research projects and papers.

If you have suggestions to add to the database, please use the Database Update Form. 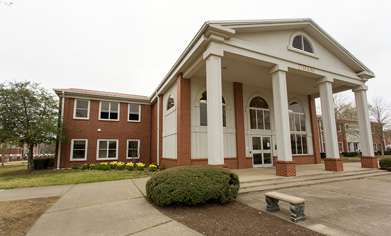 The 2013 Draft Research Standards identify primary sources of emergency management research as “the findings of original, empirical research that have been published in scholarly, peer-reviewed journal articles, peer-reviewed books, and/or book chapters in peer-reviewed books” (p.2). This section outlines some resources of these types that may be useful as well as how one might go about accessing these resources.

There are myriad peer-reviewed, scholarly journals publishing the findings of empirical research related to how humans interact and cope with hazards, vulnerabilities, and resulting events and consequences. It is useful to categorize the existing journals as one of the following:

This section provides a short description of how to access each of these categories of peer-reviewed, scholarly articles.

Three discontinued journals that published valuable emergency management research include Australasian Journal of Disaster & Trauma Studies (1997-2012), Disaster Management and Responses (2003-2007) and Mass Emergences (1975-1979). All of the volumes and issues of each journals are openly accessible online.

There are countless other scholarly peer-reviewed journals that publish articles related to emergency management. Unfortunately, many of the journals are discipline specific, do not publish relevant articles as a matter of course, or simply dedicated a special issue to the subject now and again. As a result, it is advisable to locate additional articles related to your topic by querying databases instead of searching through these journals one-by-one.

Emergency Management Journals - This is a list of journals related to emergency management which can be used for your case study project.

**Wikipedia will not be accepted as a legitimate source**

According to the Resource and Document Library website, “The FEMA Library is a searchable web-based collection of all publicly accessible FEMA information resources, including, but not limited to: CDs, DVDs, publications, brochures, guidance and policy papers, program regulations and guidelines, forms, disability resources, audio and video files, posters, slide presentations. It allows users to locate, download, save, or print items from the web.” Examples of specific documents that one can find in the Resource and Document Library that might be helpful to researchers include the national planning frameworks, various planning guides, and policy documents (e.g., Guidance for Planning for Integration of Functional Needs Support Services in General Population Shelters).

According to its website, the Library of Congress launched the THOMAS database in January of 1995 to make federal legislative information freely available to the public. This information includes treaties, house and senate schedules and calendars, committee reports, public laws by number, bill sponsors, texts, summaries, and status, house and senate roll call votes, lists of house and senate floor activity for each day. And, according to the site, “the full text of the Congressional Record can be searched by word/phrase, member of Congress and/or date or date range” over multiple Congresses.

According to the U.S. Government Printing Office (GPO) website, “...GPO is the Federal Government’s primary centralized resource for producing, procuring, cataloging, indexing, authenticating, disseminating, and preserving the official information products of the U.S. Government in digital and tangible forms. The agency is responsible for the production and distribution of information products for all three branches of the Federal Government, including U.S. passports for the Department of State as well as the official publications of Congress, the White House and other Federal agencies, and the courts. Along with sales of publications in digital and tangible formats to the public, GPO supports openness and transparency in charge through its Federal Digital System (www.fdsys.gov) and through partnerships with approximately 1,200 libraries nationwide participating in the Federal Depository Library Program.” Specific resources accessible through the GPO include the Code of Federal Regulations, compilation of presidential documents, congressional bills, congressional documents, congressional hearings, congressional record, congressional reports, Constitution of the United States of America: analysis and interpretation, economic indicators, Federal Register, public and private laws, United States Code, and United States courts opinions.